Posted in Entertainment
Author: Editor  Published Date: September 23, 2012  Leave a Comment on The Explosive Growth Of The MMA

Vindicating a madman’s ramblings: In the Next 10 Years, MMA Will Be the Biggest Sport on the Planet!”

So this particular outburst has been under scrutiny the moment it was uttered by the UFC’s president, Dana White, back in 2008. Sports pundits and fans alike were left in awe by the audacity of such a statement and the rest were just left laughing… The truth of the matter was that back in 2007, the UFC was in a state of major flux. In 07’, Zuffa LLC (the parent company of the UFC) had just bought its number one international competitor (Pride FC) and the year prior it had brought up its major competitor at home (WEC). The rapid expansion of the company coupled with the first network broadcasting of the UFC brand through its reality TV show “The Ultimate Fighter” in late 05’ and subsequent breakthrough to a broader audience may have had Mr. White a tad too zealous. 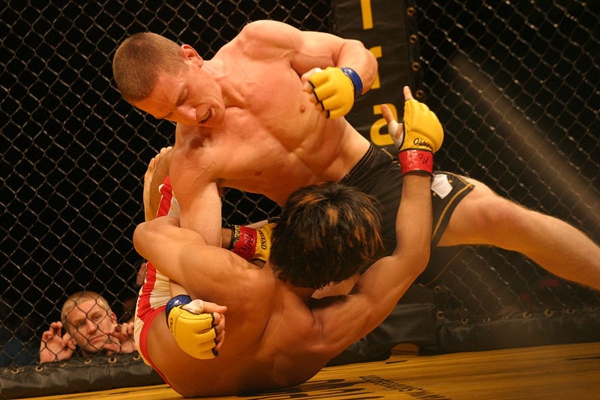 But what happens when early success is met with only more success? Fast forward to the present and bear witness to what has transpired… The UFC represents over 40 countries in terms of talent, broadcasts in over 50 million homes during any give Pay-Per-View, is currently still under contract with FOX Sports broadcast to air on national TV and “The Ultimate Fighter” reality TV show is in its 16th season with TWO more on the way. Whether or not Mr. White truly believed his own hype (remember now… He is fight promoter) at the time of the dubious phrase is up for debate. Now what are not questionable are the fruits of the UFC’s aggressive expansion of its operations in their major markets, North America and Mexico.

All of this being said though, the UFC seems to understand that it is not a major player among the sport’s brotherhood yet and has conducted itself as such. Instead of idly basking in its title, “The fastest growing sport in the US”; the UFC was realize that future growth does not lie in eroding market share from the NFL’s or the MBL’s of our society, but to go forth abroad and nurture the fight communities that already exist outside the States. And that’s the beauty (and the reality) of MMA as a sport; it was international to begin with!

Now there are many speculations as to whether this kind of explosive growth in ANY company is sustainable or whether the adage of “spreading yourself too thin” will prove to be painfully true in this instance. I am waiting on the answers to those burning questions myself. But what I CAN tell you is that the UFC has no plans on slowing this conquest of the fight business.

This post was written by Luis Alberto Simauchi Jr., an avid fan and practitioner of all things fighting. Luis recently graduated from Georgia Tech and currently works on the marketing team at Domyownpestcontrol.com. You can also contact Luis on Facebook.