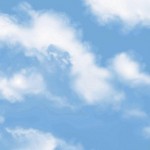 The advent of the mobile and hand-gadget phenomenon has brought an appeal to indie gaming that feels more like a virtual earthquake that is shifting the foundation mobile gaming used to stand on. Indie developers are actually getting a shot at redefining what it is to put out a game for the masses. Almost everything about the industry is changing: gaming platforms, development schemes, marketing, ethics and, of course, the quality of game. Even the way in which the ‘big boys’ in the industry view indie developers is shifting. Are you in?

Perhaps the single most beneficial development for the indie development team is the smartphone. Anyone who can pull up an app can now pull up your game–if you have it completed and published already. Although mobile phones have been used by the general public for close to two decades, we’re still fascinated when we see one do a new trick. Many indie games are doing just that, and capturing the imagination of the world.

So where’s the door?

So you’re up to it. Your hope is to complete the game and get it out there on everyone’s smartphone, including that of your childhood nemesis. But what’s the best course of action? The “best course” depends on the team you build or the system you employ as an individual programmer. However, there are some helpful steps that have been observed as best practices for indie developers.

Take these as a few tips instead of hard and fast rules. Talk to successful developers or at least a few people with experienced teams. Invest time in researching your genre. If you don’t have a game genre–slow down and consider if this isn’t simply a frivolous jump into the next big thing that could end up costing you time and maybe even money. Observe the marketing and exposure strategies of not just gamers but other small-outfit application developers.

You Have to Measure Up

How does an indie company compete with larger game publishing houses for attention in the market? Corporate gaming giants have cash on-hand to market through the old in-roads of the television commercial. Let’s face it; the old in-roads continue to work well. But the marketing landscape is shifting. With the advents of Facebook, Twitter and LinkedIn there’s now market share for the little guy. You no longer have to be fearful of being too small. The venues of the day have leveled the playing field so that any hardworking and savvy individual can make a viable attempt at developing the next hot indie item.

One Last Practical Piece of Advice

In an attempt to whet your appetite, I’ll give you one last tip: be sure to give the same dedication to developing your graphics as you would the marketing process. Graphics are perhaps one of the more ignored elements in indie gaming; the case could be that developers just want to produce just so that they can say they made a game. Take the time to produce a game that is esthetically pleasing as well as challenging. Check out QDevNet to get a better idea of what’s available to you and what you might be able to develop.

This doesn’t mean you should use on-the-fly rendering of shadows and reflections, but make sure the look of your game matches its feel. If you’re going for a retro look, check out some classic arcade games to see what those pioneers of game development did. If you want your game to stand out, you need to give it every possible opportunity.