As 2012 comes to a close, it’s time to look at the predicted trends in human resources to see whether they were accurate. And while we look at where we’ve been this past year, it’s also helpful to see where we’re going, because several of the challenges of 2012 may very well continue to share the spotlight in 2013 and beyond.

By the end of 2011, social media was already a dominant force in the world of business, although less so in human resources. The assumption was that Twitter and Facebook would continue to dominate the scene, although Pinterest was also carefully considered as a potential game-changer. The predictions surrounding social media in HR were reasonably accurate, with popular sites continuing to engage employees, providing a greater sense of community in the workforce. Still, as the Society for Human Resource Management points out, HR has continued to lag behind others in the realm of social media. A recent survey conducted by Dimensional Research suggested that most recruiters were still failing to use social media tools on a consistent basis.

As predicted, 2012 marked a shift in approaches to health care. The Affordable Care Act will continue to be rolled out, with the individual healthcare mandate taking effect in 2014. For now, HR leaders are working on getting up-to-speed on what’s changing for their departments.

In 2013, employers will be required to report the value of health coverage on workers’ W-2 forms, cap spending for flex spending accounts at $2,500 and increase Medicare withholding for certain employees.

Also predicted to be a growing trend in 2012 was a focus on succession planning. Much of the reason for that is that aging baby boomers are reaching retirement age, and businesses must figure out how to compensate for the loss of institutional knowledge and experience that the boomers take with them. But younger workers are increasingly not as loyal to their careers, which prompts the need for a different kind of more immediate succession planning, to address turnover.

A Towers Watson survey in late 2011 found that 62 percent of HR professionals had redesigned key processes in their departments. Many companies report an increase in spending on technology, and with the development of innovative new ways to process payroll and handle other human resource tasks, that’s a trend that will likely continue into the coming year.

Overall, predictions for human resources in 2012 seem to have been fairly accurate. Expect the focus on succession planning to carry over into 2013 and for businesses to keep a keen eye on changes in health care laws. As always, adaptability will be critical to keeping HR departments running smoothly. 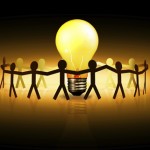