Since the advent of smartphones and tablet devices, these gadgets have enriched and informed our lives in a wide range of ways – everything from assisting with navigation through GPS apps to coming up with with inspiration for your evening meal, through recipe-finder apps.

Apps are really the hinge upon which the success of these markets swing – they allow us to customise our phones and tablets to an unimaginable degree. Depending on the maker of your individual device, apps are most easily obtained through services such as Apple’s App Store, or Android’s Google Play. These are essentially huge archives of apps, sorted by category, that can either be downloaded for free, or in exchange for a fee set by the app designer. 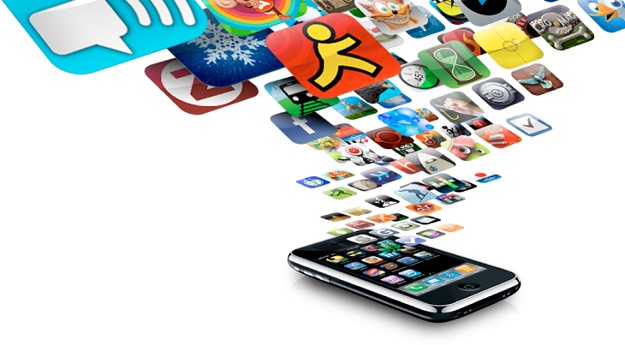 Not all apps are welcome within the hallowed halls of Apple’s App Store, however. Below are just a few apps that were removed from the service by Apple administrators, for one reason or another.

iTether
iTether was an app that, when it first came out, many found it difficult to believe was even available. And rightly so – Apple pulled the app from the App Store almost immediately. iTether’s sole purpose was to bypass the built-in limitations of the iPhone itself, allowing a user to connect to the internet, while negating the additional charges this would usually incur with through user’s iPhone phone tariff. Needless to say, Apple were not impressed.

iTether is back, however: and this time, it can’t be removed from the App Store – because it’s not on there. The new iTether is not an app that needs to be installed through the store – as it runs HTML5 code, it effectively bypasses the issues caused Apple to pull it last time round. Apple won’t be pleased that iTether is back on the market, but for now, there’s nothing they can do about it.

Phone Story
Phone Story was a simple satirical game revolving around the production of iPhone units. Unfortunately, the game didn’t represent Apple or iPhones in the most favourable of lights – and as a result, it was removed from the App Store. Apple’s major competitor, Google, has no qualms about offering their users a game which trashes their industry rival – Phone Story is still available on Android’s Google Play service.

The Phone Story website describes the game as a playful poke at the devices it is played on, with a serious underlying message. iPhones are produced around the world by staff toiling in unfavourable working conditions – represented in the game by the player’s efforts to motivate African slave labourers to excavate coal (at gunpoint) to be used in the production of iPhone units. If you use a smartphone other than an iPhone, you can pick up the moral minigame on Google Play.

Airfoil Speakers Touch
The Airfoil Speakers Touch app was a nifty idea, and the creators at Rogue Amoeba must have been clapping themselves on the back when their brain-child was accepted onto the Apple Store. Unfortunately, the software’s functionality wasn’t approved by Apple – and so the app soon found its way back off the Store once more.

Airfoil was designed to connect (through an iPhone, iPad or iPod) to a Mac or PC, which could then transmit music and other audio straight to the Apple device. It was essentially a way of playing music through your Apple device, thatwasn’t on your Apple device. Very clever indeed – but Rogue Amoeba should probably have checked that Apple were okay with the concept before submitting it to the store.

You can visit http://www.i-accessorise.co.uk/ for some great deals on Apple gadgets and accessories, as well as the latest news on Apple products.