Why Environmental Products are Used

If you watched any of the recent 2012 Olympic Games you probably heard the word “legacy” mentioned an awful lot. While generally it was referring to a sporting future, as it is in most cases, there are various other ways in which a legacy can be left, for example an environmental legacy. 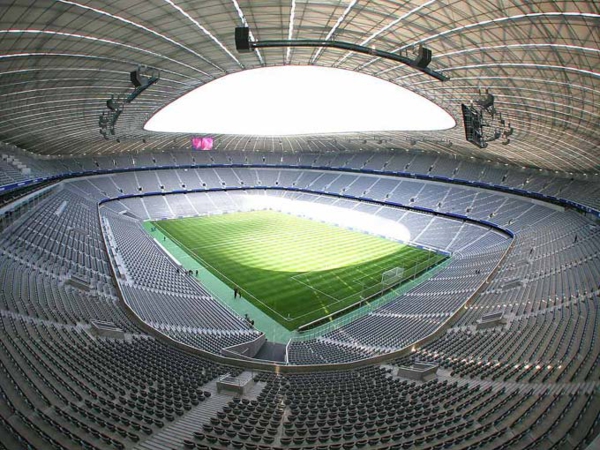 It is with this that we turn to the sports stadiums of the world, and look at ten of the most eco-friendly that certainly leave an environmental legacy.

Bayern Munich’s stadium is built with ETFE panels and has become the benchmark for modern football stadium design in recent years.

While this legendary rugby stadium maintains much of its original structure, more recent upgrades have seen it surrounded in texlon for a unique look and also a sustainable one.

Sticking with rugby, Forsyth Barr has the potential to show how ETFE can be used in sports stadiums in the future. One key issue was whether grass could grow under ETFE with the levels of natural light transmission. That the answer was yes means there are exciting possibilities for sports stadiums going forward.

Hampshire’s County Cricket ground on the south coast of England is one of the most recognisable stadiums in England. Tensile structures have been used to create a roof structure without using any environmentally damaging materials.

The centrepiece of the 2008 Beijing games was one of the first globally recognisable sports stadiums to use ETFE to great effect in its design and construction.

As well as the stadium, the aquatics centre for the Beijing Games was also constructed using ETFE, giving it a unique and distinctive bubble design which is still remembered and recognised four years later.

Continuing with the Olympic theme, the stadium for the London 2012 games was constructed almost entirely from recycled materials, greatly reducing costs and increasing the environmental credentials of London 2012.

This was designated as the first LEED-rated green sports stadium in the whole of the United States in 2008.

This stadium was built with recycled steel, environmentally friendly concrete and recycled plastic, and is also known for its energy efficiency.

As well as being the centrepiece for the 2014 Winter Olympics, this stadium will also be a host venue for the 2018 FIFA World Cup to be held in Russia.

Vector Foiltec are experts in using cable structures in their projects all around the world. They have developed impressive stadiums and other remarkable buildings for their clients and are well known for their innovation: Texlon.