Discussing the best safari photographers instantly brings some well-known names to mind. Art Wolfe’s career has spanned three decades during which he has worked on every continent, recording the vanishing wildlife of the world. Sir David Attenborough claims “Art Wolfe’s photographs are a superb evocation of some of the most breathtaking spectacles in the world.” Renowned for his composition, Art has taken an estimated one million photographs, and his work is one of the best in the field. No wonder he is described by William Conway (former president of the Wildlife Conservation Society), as “the most prolific and sensitive recorder of a rapidly vanishing natural world.”

Frans Lanting is well known for his wildlife photography and his extensive knowledge of Africa, Antarctica and elsewhere. He is regularly published in National Geographic, where he is a photographer-in-residence. 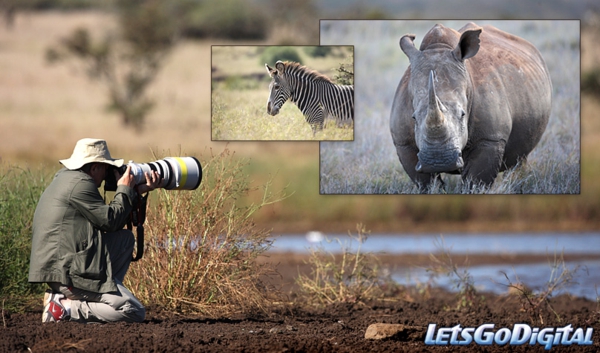 Paul Joynson Hicks is based in Tanzania and his work shows his passion and commitment to Africa, where he has lived and worked for over a decade. A social entrepreneur, he is also the founder of many charities, has earned a Member of the British Empire medal and improved thousands of lives in East Africa.

Eliot Porter experienced the wildlife of north Tanzania on the Serengeti plains as part of his extensive travels in ecologically important places which he captured in his photography. His reputation as a great wildlife photographer increased following his 1962 book, In Wildness Is the Preservation of the World which was a bestseller.

Nigel Dennis is a wildlife and nature specialist with many action shots of African wildlife, including rare and endangered species in his collection. His book The Ultimate African Wildlife showcases some of his work from his portfolio of over 30,000 images taken over a ten year perioid and including rarely photographed animals like the aardvark, pangolin and aardwolf as well as the ever popular meerkat.

Perhaps North America’s best known wildlife photographer is George D. Lepp whose passion for natural beauty and dedication to environmental responsibility are shown through his collection of compelling images, some of which have been on the covers of many books and magazines, including Natural History, and Outdoor Photographer. Lepp is a fellow of the North American Nature Photographers Association and winner of the Progress Award, the highest given by the Photographic Society of America.

Also highly acclaimed is Nick Nichols, who comes from Alabama. His career has transported him to some of the most remote places in the world. A photographer for National Geographic magazine, his articles “Family Ties, the Elephants of Samburu” and “Ivory Wars: Last Stand in Zakouma” generated a fantastic response, helping to raise awareness and money to protect elephants in Chad

Andy Biggs is a conservationist, and teacher, as well as an adventurer and his images celebrate the natural world in Africa and its rich and diverse wildlife. His technical expertise sits alongside his deeply emotional understanding and admiration for the beauty of Africa. Andy won BBC Wildlife Photographer of the Year in the ‘Wild Places’ category in 2008.

Randy Hanna began work as a safari photographer under the guidance of Andy Biggs and worked with him in Tanzania. He admits to falling in love with Africa and now offers safaris for both photographers and non-photographers.

If you want to get up close and personal with the animals of Africa, you could also ask Chris Weston to take you on a photo safari with him through some of the world’s most exciting landscapes to see the inspiring species which are the subject of his passion and to benefit from his knowledge and experience in professional wildlife photography. Known as one of the UK’s most published nature photographers, Chris Weston’s aim is to conserve wildlife by bringing together local communities with decision makers and finding solutions that give people incentives for conservation.

Article donated by Sense Africa, the only safari Swaziland specialist in the UK.