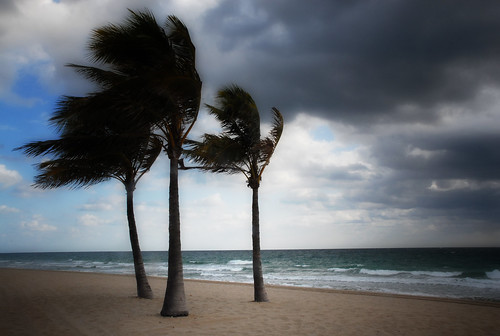 Chicago in the United States is commonly referred to as ‘the windy city’. While the city’s proximity to Lake Michigan can make the weather there breezy at times, with average wind speeds of 10 mph, Chicago is not particularly blustery and certainly not the windiest city in the US. In fact, Chicago’s reputation as the windy city is actually a reference to rivalry and bragging during Chicago’s bid for the 1893 Columbian Exposition World Fair. So, if Chicago is the not-so-windy-city, where are the windiest places on Earth?

According to the Guinness Book of Records, the windiest place on Earth is CommonwealthBay in Antarctica where wind speeds are regularly recorded at over 150 mph.

One of the windiest places in the Northern Hemisphere is Cape Blanco, Oregon in the United States. Wind speeds over CapeBlanco reach a kite-smashing 125 mph.

In 1934 wind speeds of a staggering 231 mph were recorded over Mount Washington in New England, USA, which stood as the record for any recorded surface wind speed until 2010.

With a reputation for being the windy capital of the world, the highest wind speed recorded in Wellington, New Zealand was a hang-on-to-your-hats whopping 154 mph. And what’s more, the wind in Wellington is pretty much constant – in Wellington’s windiest year the wind was recorded at gale force speeds for an amazing 233 days of the year.

One of the windiest cities on Earth, wind speeds of over 30 mph are commonplace in Rio Gallegos in southern Argentina.

During the passage of Cyclone Olivia in 2010, BarrowIsland was the site of the world’s highest ever recorded wind speed – a massive and terrifying 253 mph.

The highest ever wind speed recorded in Asia as recorded in 2008 at Ab-Paran, Ghowr in Afganistan. The anemometer recorded the wind at 204 mph.

Recording wind speeds in tornadoes and hurricanes accurately is difficult, but the result of one such effort in Bridge Creek, Oklahoma, is often cited as being the highest recorded wind speed at 286 mph. Due to the potential problem with accuracy in the Bridge Creek record, BarrowIsland remains our windiest place.

In August 2012 it was announced that the world’s most productive offshore wind farm could soon be built off the Northern coast of Scotland, consisting of 339 turbines across 300 square kilometers and providing enough electricity to power up to 40% of Scottish homes. Moray Offshore Renewables are seeking to take advantage of the natural wind resource found in the Moray Firth area. It is estimated the project would save between 4 and 5 million tonnes of carbon dioxide compared to coal fired production.

When it comes to green renewables and offshore wind, it’s not how big the wind is, it’s what you do with it that really matters.

James Anderson is a Freelance Copywriter specializing in offshore wind.