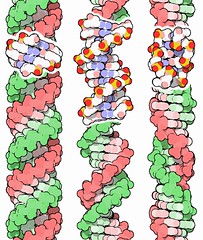 Mental retardation can have numerous genetic and environmental causes, and when physicians can identify the cause for a certain patient, they can better evaluate treatment options and offer more realistic prognoses. Although scientists have discovered over 400 genes that when mutated can cause mental retardation, most patients do not have any of these particular variations. This means that identifying additional causative mutations may improve doctors’ abilities to diagnose and treat their patients.

Sequencing a gene can identify mutations in the DNA that result in a harmful, non-functional, or absent protein, which in turn often results in medical disorders. Previously, technological and financial barriers prevented scientists from sequencing more than just a few of a patient’s tens of thousands of genes, and even that could take weeks or months. However, exome sequencing, which sequences all of a patient’s DNA that encodes proteins, is quickly becoming cheaper and faster, and its use is likely to increase greatly in the coming decades.

The New England Journal of Medicine recently published work using the exome sequencing technique done by Han Brunner’s group at Radboud University Nijmegen Medical Centre in the Netherlands and funded by the European Union. Life Technologies Corp. based in Carlsbad, California provided the sequencing equipment. The researchers sequenced the genomes of 100 mentally retarded children, whose illness did not have a known cause, as well of those of their parents. By comparing these sequences, the scientists identified the child’s genes that had mutated instead of being inherited as exact copies of the parent’s genes. Although all children have genes with some mutations, most of these are harmless. The scientists then evaluated the defective genes and chose candidates that were likely to cause mental retardation. This DNA diagnostics approach found causative mutations for 16 of the children.

These scientific explanations for the disease relieved many of these families. They may be less likely to visit multiple doctors in search of answers and, armed with new knowledge, can instead focus on the treatment options most likely to be successful. For example, doctors recommended that two of the children in the study try a treatment for a known metabolic disorder and another a treatment used for epileptic patients. These recommended treatments are surprisingly simple. For example, children whose PDHA1 gene, which encodes a key metabolic enzyme, should eat a high fat diet. On the other hand, those carrying a mutation in the SCN2A gene, which encodes a component of a sodium channel, should not take sodium channel blockers to reduce epileptic attacks.

In light of this study and others like it, many other scientists and physicians are collaborating to use genome-wide sequencing approaches to diagnose and improve treatments for other conditions. This will not only allow for improved treatments for these patients, but it will also allow scientists to better understand the metabolic processes that are disrupted in these patients. This may in turn allow for the development of even more specific treatments to address the underlying causes of these diseases.

Derek enjoys blogging about medical and illness topics. In his spare time, Derek volunteers at a hospital. The following article is for dna diagnostics.