After reading John Milton’s epic poem “Paradise Lost”, Anglican clergyman and 18th century wit Sydney Smith quipped:  “Milton must love the Devil; he gave him all the best lines.”   And so it is today; we love a good villain!  Erich von Stroheim, a German actor and director during the first half of the 20th century, who specialized in playing meanies, was billed as “The Man You Love to Hate.”  Comic book fans are especially thrilled when a great villain comes along to oppose the superhero, whether it’s the Joker for Batman, the Green Goblin for Spiderman, or Brainiac for Superman.  Whatever their dark powers and motivations, we welcome these knaves into our hearts and reading schedules with open arms! 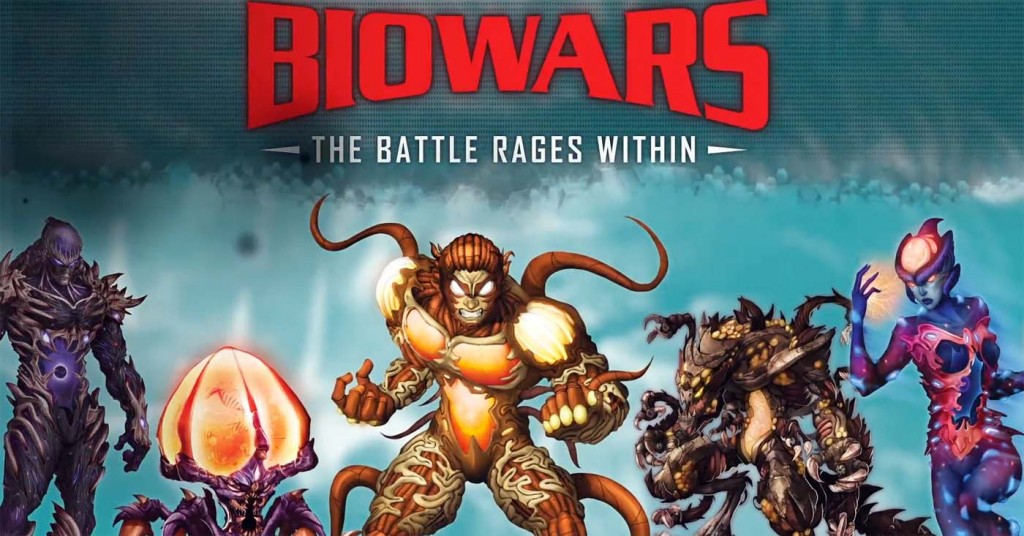 It’s hard to come up with a completely original villain today in the world of comic books, and so savvy writers and artists have developed not just ONE villain to face off against, but a CONGLOMERATE of villains, which is even more fun!  Take, for example, The Combine, from the free digital comic book “Biowars:  The Battle Rages Within”.

The Combine isa fiendish but level-headed group of men and women who wish to do good – in the most dastardly way.  Their mission is simple – to destroy the world in order to remake it into something much better and finer.  Those who are inferior in any way – in intellect, in morals, in personality, in appearance, in finances – are to be swept off the planet, leaving only the superior beings to repopulate and reconfigure the earth.  Naturally, each member of The Combine considers himself or herself to be such a superior person, and is impatient to implement their plan of massive genocide in order to start repopulating the world with their genetically-perfect offspring.

While the group itself is shrouded in complete anonymity, we are introduced to some of their sinister operatives, such as The Major.  She is chief of North American Security for The Combine, and her cool and implacable logic leaves her with no human emotions when it comes to dealing with those who get in The Combine’s way.  They are eliminated by her and her operatives swiftly and savagely.  Beautiful to look on, deadly to deal with, the Major strikes terror and respect into the heart of allies and foes alike.

Another one of The Combine’s sinister tools is Dr. Ernst Kelso.  A brilliant, cold-blooded scientist, at 14 he was admitted to Stanford University, and at 24 he had reached the pinnacle of intellectual and financial success as head of a research company that produced billions of dollars in revenue each year.  But his partner in the enterprise, Marcus Hawking, had too many scruples and was too forgiving for Kelso’s taste.  Where Kelso wanted to remake the world, Hawking merely wanted to forgive it and help it get along.  Kelso decides to dump Hawking as the weakest link in his chainof conquest, and it is at this point that The Combine contacts Ernst Kelso with their Machiavellian agenda – an agenda that fits Kelso like a glove.  What happens to Marcus, and his son Alex, makes up the first issue of the Biowars saga.

And, yes, the villains do have some of the best lines – but Alex Hawking, at least , gets the prettiest girls so far!

Danielle Hilton is a health writer and blogger that advocating health news via online exposures. She is really interested in healthy living and sport. She would like to help people to stay healthy and happy via the change of the lifestyle. She really likes writing about natural health, nutrition, fitness, healthy tips and beauty. She runs her own site: CordexPharma