In just his second season, New England Patriot Rob Gronkowski set new records for tight ends for touchdowns and yardage.  His 17 touchdowns as a tight end (he also had one touchdown rushing) obliterated the previous record of 13, held jointly by Antonio Gates of the San Diego Chargers and Vernon Davis of the San Francisco 49ers. Gronkowski led all pass catchers in touchdowns, not just tight ends.  It’s no wonder that this year Gronkowski looks to be the rare tight end who will generally get drafted in the second round.

Gronkowski’s 2011 dwarfed that of other tight ends, with the exception of New Orleans Saint Jimmy Graham.  Gronkowski’s 1327 yards broke the record for tight end of 1290, which had stood for 31 years since being set by Kellen Winslow of the Chargers in 1980. Graham also exceeded Winslow’s mark last year, finishing with 1310 yards.  (Winslow is the father of current Seattle tight end Kellen Winslow II.)

After Gronkowski’s 17 touchdowns, Graham was next with 11. Jermichael Finley of the Green Bay Packers was third with 8 touchdowns, meaning that Gronkowski had over twice as many touchdowns as every other tight end besides Graham.

Gronkowski turned 23 in April. His quarterback is Tom Brady. Another great year certainly appears to be in store.

However, it could be risky to assume another 17-touchdown season for Gronkowski. Gates  was also in his second season when he set the record of 13 touchdowns. But while Gates has continued to enjoy success, he has never approached 13 touchdowns again. The best he has done is to reach 10 touchdowns twice.

Davis has played six seasons. Aside from his 13-touchdown year in 2009, Davis has never scored more than seven touchdowns in a season.

So just because Gronkowski scored 10 touchdowns in his first season and 17 in his second, don’t assume that his touchdown totals will keep going up, or that they will even stay the same. 17 could turn out to be a career year.

While Gronkowski figures to remain a great red-zone target, Brady has other top options to throw to. Not only will Wes Welker and fellow tight end Aaron Hernandez be back, but New England also added star receiver Brandon Lloyd.

Gronkowski is also coming off ankle surgery in February for a high ankle sprain he suffered in the AFC title game against the Baltimore Ravens.  The injury limited his effectiveness in the Super Bowl against the New York Giants and probably contributed to the Patriots’ loss.

After the Super Bowl, Gronkowski was seen dancing on the ankle that would soon require surgery.

But before you start to worry about how Gronkowski is recovering from his injury or if he is prone to behaving in ways off the field that some find inappropriate, bear in mind that the Patriots just gave him a new contract for $53 million over six years, the largest contract ever for a tight end.  The Patriots, who can be tough negotiators with their stars on new contracts, gave Gronkowski the big contract even though he still had two years left on his existing deal. Meanwhile, as of early July, the Patriots and Welker continued to be at an impasse on a new contract.

If the Patriots believe that strongly in Gronkowski, then you should as well. And even if he reverts to scoring “only” 10 touchdowns as he did in his rookie season, that could still be good enough to lead all tight ends. 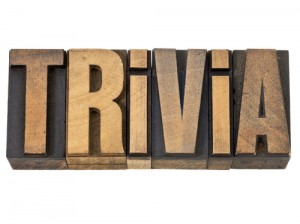 Previous post 3 Entertaining Games To Draw Customers To Your Restaurant 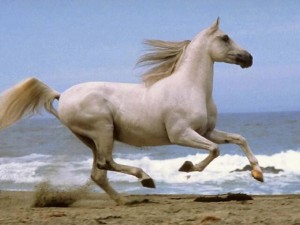