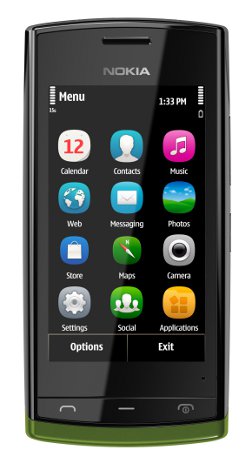 After having released a series of hit smartphones, Nokia has announced another one in the August of 2011 which is expected to be in the markets before the year ends. This is Nokia 500. People are eagerly waiting for it to come out as they know that if it is a Nokia, it has to be something good. Considering the specifications of this smartphone, it is right to call it amazing but there still remain a lot of ambiguities. There is something good about Nokia 500 too but most of its features are exactly the same as those of hundreds of other smartphones in the market and those released by Nokia earlier.

At just 93g grams, this smartphone contains everything that normally other larger and heavier smartphones have. Now this is something truly worth appreciating. Moreover, the size of the phone is also not bad at 111.3 x 53.8mm at a thickness of 14.1mm in which a 3.2 inch screen has been fitted to showcase a color display of 16M whilst being a TFT capacitive touch screen. Its resolution is a good 360 x 640 pixels and comes with an accelerometer sensor to ensure auto rotation as well as a proximity sensor to ensure auto shut down. The sound system of the phone is good too. Where its alerts can be set either to vibrate or to one of those MP3 ringtones, the phone additionally as a loudspeaker and a 3.5mm jack. It has quite a large memory which has 2GB of internal storage aided by a 256MB of RAM and 512 MB of ROM. Hence, it can accommodate photocall and unlimited fields and entries. In addition, the upcoming Nokia has a card slot which is capable of accommodating a memory card of 32GB. The smartphone also has a class 33 GPRS and EDGE facility in addition to WLAN, USB port, 3G and Bluetooth.

The camera is 5MP and snaps up to 2592 x 1944 pixels whilst allowing geo-tagging. No secondary camera can be used with it but video making is possible with [email protected] For gamers, the Nokia 500 can be a good option though as the phone not only has games of its own but also allows for downloading more. Since, the display is good enough and of a high resolution, playing games on Nokia 500 can be a fine experience. The processor of the smarphone is 1GHz ARM 11 processor and has numerous features of a computer making it of much use to professionals. Once launched, the phone would be available in black and white colors with covers available in black, silver, blue azure, khaki, pink, coral red, orange and green.

Even though the phone is quite advanced technologically and of good use to those who are into smartphones, it has very limited options. Hence, this one can be a better choice for the style conscious students instead of the professionals. It is more about being a beautiful smartphone than actually smart enough to compete with others in the market.

I am Susan Hannan from Exams Key; it gives 100% CISSP test exams. Let’s take benefit of 4A0-104 test Exams material efficiently and get guaranteed success. Check out free demo of all certifications Exam. 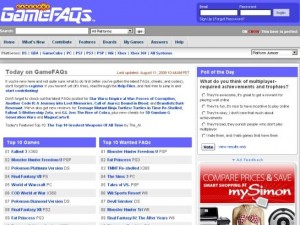 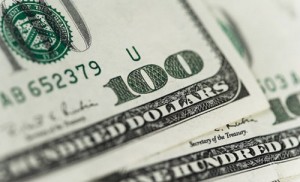