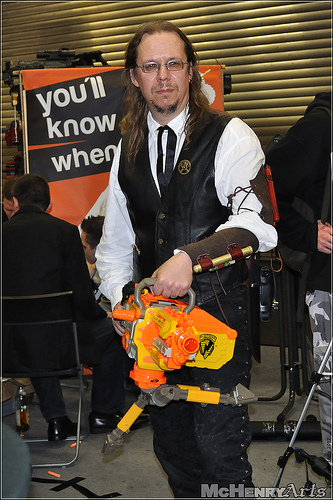 If you ever went to university you probably, at some point, saw people in medieval garb charging around the campus with foam swords, hitting each other and speaking in cod-Tolkienesque phrases. I’m sure you personally never had any direct involvement with them, you were probably too busy having sex and winning sports competitions, you stud you, but you may have wondered what they were up to.

What they were up to was LARPING or “Live Action Role-Playing”, which takes the old fashioned pencil, paper and dice that made up Dungeons & Dragons games, and replaced it with just flat out hitting each other with fake weaponry in a manner that is totally different from when you used to play sword fighting with a stick as a kid. 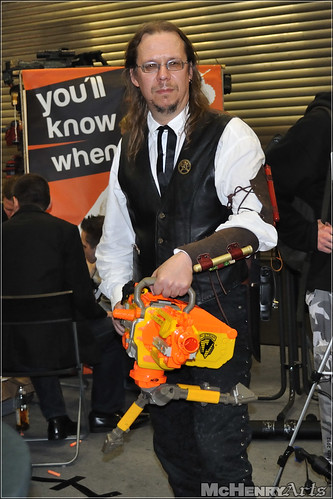 While we’re all totally happy to write off LARPers as nerdy nerd nerds, there was another group of people on campus who were all cool and sophisticated and stuff. The Drama students liked dressing up in costumes and “improvising” scenarios, sometimes including swordfights. But this was different from LARPing because… Shut up, that’s why.

But these two separate worlds are becoming increasingly intermingled in some interesting ways, to the point where sometimes you’re not sure whether you’re watching the show, or in the show. For instance:

Would Be Nice Though… Is a Job Interview Simulator
Would Be Nice Though… is a live show that garnered loads of great reviews over the Edinburgh Festival. But rather than taking place in a theatre or pub, as most of the shows at the festival did, Would Be Nice Though… took place in a rented office building. When you got there you had to stand around outside, maybe awkwardly talking to the other people who came to see the show, before being asked in and told to select a name badge (the name badges included the names “Sweaty Hands” and “Weak Bladder”. It was only at this point that you started to twig that the performers were actually two of the “applicants” you’d been awkwardly chit-chatting with.

The rest of the show is part play, part job interview simulation, with team building exercises, and PowerPoint presentations, among other things, taking you through every excruciating moment from arriving at the interview through to receiving the letter telling you your application hasn’t been successful.

It’s an intense experience, made all the more so by the fact that the performers are talking directly to you and asking you take part in the games and presentations that make up the show.

Abraham Lincoln Vampire Hunter: Hunting Club Live
Serious Business is a company that started life as some students mucking about in halls with NERF guns. This grew into Zombie LARP, where an abandoned shopping mall in Reading was taken over by hordes of people, some of whom had NERF guns, and some of whom were splattered with fake blood.

Since then the company has gone on to create a sweetshop heist game with “The Gobstopper Job”, and most recently, an adapted version of their zombie game to help tie-in to the DVD launch of Abraham Lincoln: Vampire Hunter. As well as the trademark attacking people with NERF guns and fake axes, Vampire Hunter Club Live also involves going through research materials looking for clues, and interrogating captured vampires (this is particularly scary if you’re the vampire in question. People are really eager to torture in these things).

However, while this is probably the most game-like of the pieces we’re looking at, at its heart its about stories. The point in these games is to give people exciting experiences that they can craft into stories after the event. LARPers call this “frothing”, and you’ll usually find a lot of it happening in-pub after the game.

Secret Cinema
Secret Cinema is an experience. Before you buy your ticket, you aren’t told what film you’re going to see, or where you’re going to see it. When you buy your ticket you’re given a name, a dress code and a location. The show isn’t advertised anywhere, it is passed on only by word of mouth, and yet it’s last production in June took in over £1 million in ticket sales.

The film viewing is combined with a location made over to tie in with the film, and actors playing roles from the film and interacting with the viewers. However, with actors and viewers alike all in costume, you can never truly tell who is playing a role and who isn’t.

We talk about interactive media all the time when we talk about games, books or even films, but interactive live shows are a growing format and nobody is quite sure where they’ll go next. Not bad for something with its roots in people’s geeky hobbies.

Chris Farnell is a freelance writer. He is far too cool to do geeky stuff like this. That was a lie. 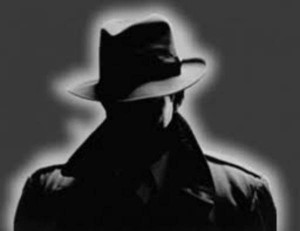 Previous post The Valuable Services Of A Private Investigator 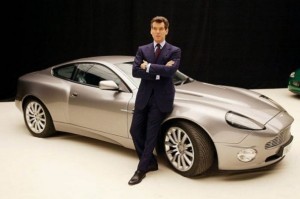