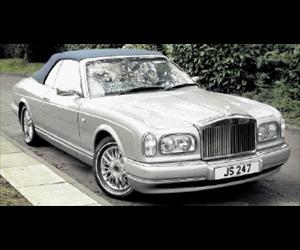 Even though the Registration number “A 1” has a huge historical background with stories of how the first owner, Lord Russell, queued all night to make sure that he was actually first in line for it, private number plates only really first started to appeal to people in the late 1950’s, and even then, celebrities were usually the only ones seen with such registrations. Originally they weren’t called private number plates or cherished number plates as the terms had not been used at that point. It wasn’t until the craze generated its large appeal towards the late 1970’s and early 1980’s that we started using these phrases. Up until this time, there were literally only a handful of clever entrepreneurs that had realised the investment potential of these so called cherished number plates.

One of the first celebrities to be seen with a recognisable number plate was Lord Brabazon who acquired FLY 1 for his Mercedes car. The registration that was originally issued in London in 1939 was obtained as he held the first certificate that was issued by the Royal Aero Club for Pilots.

Let Me Entertain You

Entertainers and sports stars appear to be the most popular profession for cherished number plate owners. HS 92 was owned by Sir Harry Secombe. Harry, who was knighted in 1981 for his services to Radio and TV, claimed in his own inimitable way that “92” was his waist measurement although, ironically, Sir Harry also had 92 chart appearances from a successful music career that spanned almost 40 years, before he died in 2001.

Singer, entertainer and actor Max Bygraves once had MB1 on his Rolls Royce car in the 1970’s and 80’s and was constantly approached by Mercedes Benz of Germany to sell it to them however he swore he would not part with it. Eventually however he did sell the registration through a well-known number plate broker for an undisclosed sum. The plate was subsequently sold for around a quarter of a million pounds, but not to Mercedes Benz.

The flamboyant and eccentric Sir Jimmy Savile who is probably more famous for his show “Jim’ll Fix it” once had the registration JS 954 on his Rolls Royce car but replaced it for JS 247 to represent twenty four-seven. Sir Jimmy transferred the number to every new Rolls he ever bought, as he never travelled any other way, apart from cycling. After his death in 2011, all his valuable possessions were auctioned, and the number plate was still on his beloved Roller which he nicknamed, “The Beast”. The car and plate sold for £130,000 to an undisclosed buyer and the registration is still on the car.

Sporting stars with fantastic sport related registrations include John Lowe, the professional dart player from the eighties. John’s plate is 301 UP and represents the figure that some games of darts start at. In 1984, John won over £100,000 by recording the first televised 501, 9-dart finish. Steve Davis, Ray Reardon and Jimmy White, the professional snooker players and household names, all have snooker related number plates. They are SD 147, 1 PRO and 1 CUE respectively. Steve bought the SD 147 number plate back in 1982 just after he made a maximum 147 break on television.

Guest post provided by The Private Plate Company, a leader in personalised number plates and DVLA vehicle registrations. Conduct your own free search and choose from our huge selection of private-sale plates. 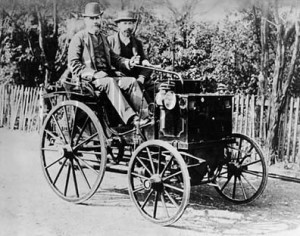 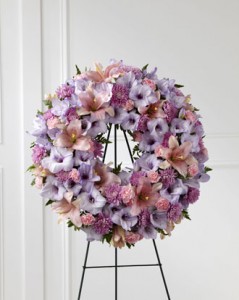 Next post Personalized Funeral To Honor The Passing Of Loved Ones