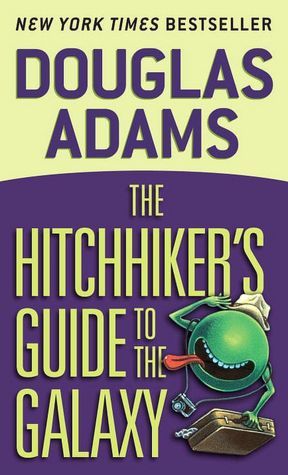 There’s something inherently comforting about a book with “Don’t Panic” printed in friendly pink letters on the front. If only such a manual for living existed, how much easier to negotiate and less frightening the “mostly harmless” world would be.

And there you have it – the premise on which The Hitchhiker’s Guide to the Galaxy works so brilliantly. At the time of his death in 2001, at the age of only 49, Douglas Adams was considering a sixth book, which would have further scuppered his “trilogy in five parts”. He felt that the fifth instalment, “Mostly Harmless”, was ‘a very bleak book’, and wanted to end on a more optimistic note. Given his thoughts on extinction, expressed in the non-related “Last Chance to See”, it is perhaps fitting that he didn’t.
His brilliance lay in his ability to tell a serialised story – even if you were unaware that he wrote three Doctor Who stories during the 1970s, all the clues are there. It is a matter of record that Adams frequently had to be locked away to meet deadlines, as he loved “the whooshing noise they make as they go by”.

His central everyman, Arthur Dent, the slightly confused, socially-awkward chap with the firm belief that everything can be put right with a cup of tea – is us. Railing at bureaucracy in his dressing gown, he projects our apprehension at being under-dressed and unprepared. If anyone was ever in need of a travel guide to the universe, it’s him.

Portrait Of An Inner Circle

Even his travelling companions are a perfect portrait of the inner circle so many of us have – the eccentric one; the cool one that you secretly loathe; the beautiful girl who is out of your league, but who is kind enough to make you hang onto the dim hope that you’re in with a chance; the mildly depressed and pessimistic one.

The central premise of the Earth being scheduled for demolition to make way for a hyperspace bypass could just as easily translate to a more earthly novel about the destruction of the countryside. The sheer ordinariness is what appeals, right down to the final depressing revelation about the origins of the human race, which I won’t spoil here.
Not even technology escapes Adams’ sharp eye – doors talk, lifts have anxiety issues, and computers search for the answer to the only question; life, the universe, and everything. But as we all know, if human error gets thrown into the mix, and computers aren’t programmed correctly, any resulting data will be flawed…
Few pieces of writing in the last 40 years are so loved. So next 25 May, be prepared, as only a really hoopy frood always knows where his towel is.

Why not check out AudioGo, the UK’s leading provider of audiobook titles. For Douglas Adams Audiobooks: click here. 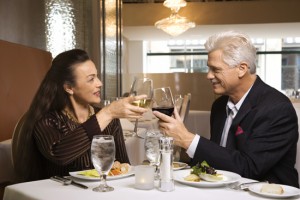