Although it’s understandable to look for the best deals when you travel, you have to stay wary. Always remember, even when you’re traveling throughout the US, that if it sounds too good, it probably is. Be careful when you’re on the go, stay vigilant, and you can enjoy your holiday without worry about scams. 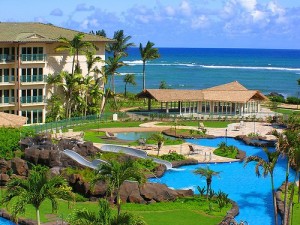 Someone’s always offering you something for nothing, and vacation houses are still the biggest draw. You’ll get an offer in the mail promising you a free or inexpensive timeshare as long as you waste a few hours listening to a bunch of offers for things you neither need nor want. Worse, as you’re trying to book a rental property, you might stumble across a dirt cheap condo that ultimately doesn’t even exist—someone’s just trying to scam you out of money with someone else’s property.

There’s a Fee for That

Hidden fees make up some of the biggest scams. They’re particularly prevalent when you’re trying to book a flight, a hotel, or a full vacation package. When you’re researching travel deals, make sure you stick to legitimate cheap flights. Don’t get suckered in by the promise of affordable travel only to discover hidden fees for baggage, carry-ons, food and beverages, or other amenities. Just read the fine print.

Since many hotels charge for Wi-Fi, it’s not uncommon to go looking for free Internet when you’re on vacation. Certain shady businesses know that and they’ll take advantage of your desperation. There are two things to worry about here: 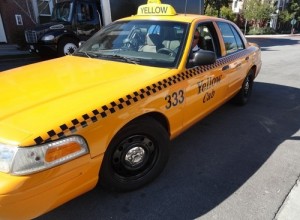 Getting around shouldn’t cost you a fortune. Even if you decide to indulge in a taxi, you shouldn’t spend too much cash. Unfortunately, there are some dishonest cabbies who are more than happy to scam you with a fast-running meter or some other tactic. Watch your meter and voice your concerns if you’re worried.

When you’re in big cities like NYC, Chicago, or LA, shopping is part of the fun. As you stroll by all those boutiques and designer shops, your jaw might drop over the prices—designer duds are expensive! However, when you stumble upon a guy promising you cheap Chanel bags and affordable Rolex watches, run in the other direction. Knockoffs merchandise is a common scam, but in addition to making you waste money on a shoddy product, it’s also illegal.

Stranger Danger with the Cops 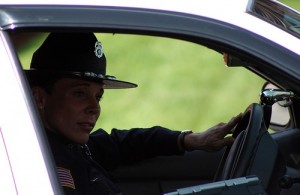 This scam is risky, but wily criminals impersonate the police. They may offer to help you and steal money or personal information. Then again, they may just accuse you of some imagined crime, which you can get out of if you’ll just, you know, pay them a little cash on the side.

Don’t resist traveling because there are scam artists out there, just exercise caution on vacation. Have you ever been caught in a holiday scam?