It took over 90 years for the worlds of advertising and football to collide.

English league players had gone onto the pitch with nothing more than the club logo and their kit maker’s name subtly placed on their football jerseys – until 1979, when Liverpool’s Kenny Dalglish, Graeme Souness et al became advertising bill-boards for Japanese electronics company Hitachi. 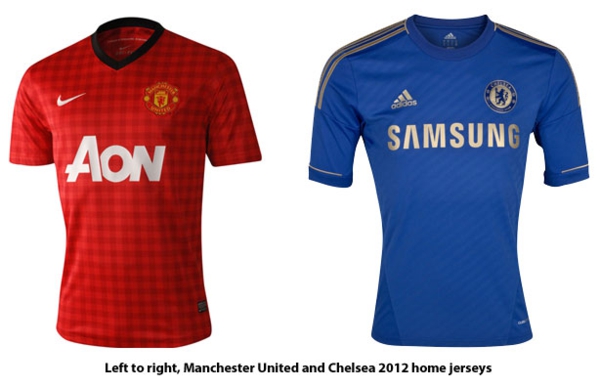 It wasn’t long before rival clubs jumped on the bandwagon – and sponsors’ names were emblazoned on shirts from Millwall to Manchester.

It was a revolutionary new way for cash-strapped clubs to generate extra income – and after initially being allowed only during non-televised matches, the concept swiftly became commonplace…delivering a much-needed source of revenue to first division clubs and smaller outfits alike.

Who’s Sponsoring Whom in 2012?
The current line-up of Premiership sponsors is: 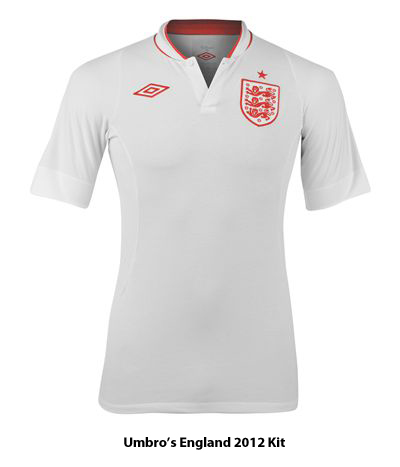 Last season, an estimated £117.5 million was generated by the top clubs – with the bigger names banking over £20 million per year each from their backers.

A new national strip could be unveiled as early as next spring, even though Umbro’s contract was due to run for another six years.

Umbro’s long-running sponsorship of England dates all the way back to the 1950s. But Nike, who bought Umbro five years ago, announced at the end of last season it was selling off the company, sounding the death knell for the distinctive, diamond-shaped logo that the likes of Rooney and his predecessors have long been sporting alongside the 3 Lions crest.

It’s a double whammy for Umbro – they are also losing their contract with Manchester City. The club will change to Nike next season, and the legendary Umbro emblem will be replaced by the Nike Swoosh.

Every children’s England replica shirt sets them back around £35 – meaning that father-of-four David Beckham will have to shell out some £140 to kit out his brood with the new strip!