Has your skin been looking a little dull lately? Or, perhaps you are experiencing more breakouts than you ever have before. These are all signs of congested skin, and can happen no matter what your age is…child, teen, or even an adult. 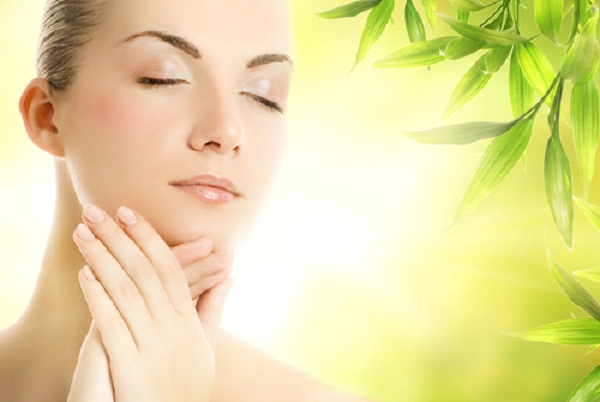 If you want to get back to a clearer complexion, then you first need to understand why it’s happening…

Why am I Congested?

Congested skin consists of clogged pores and layers of dead cells that need to be removed. Clogging can happen when oils gather in the pores, encouraging bacteria to grow, which can lead to whiteheads and blackheads.

Other factors that lead to skin congestion are when pollution, makeup, dead skin cells, and toxins gather in the pores all while natural oils keep producing.

The natural tendency is to ‘squeeze’ a blemish, but that can lead to more bacteria, and damage to the skin itself. Since the existing blemish will go away, let’s focus on the 7 ways of preventing new ones from popping up in the future.

Having a good routine for cleansing plays an important role in achieving healthy skin. And, finding a decent cleanser to remove makeup, dirt, and pollution from the face isn’t as difficult as you might think. There are cleansers for all types of skin from dry, oil, and sensitive skin products.

The key thing to remember when picking out a cleanser is to make sure it’s not too harsh. I know, if you have oily skin, the first thought is to dry it up. However, if you strip the skin of too much oil, it can lead to even more production of oil, making it worse. In fact, when looking at the ingredients, make sure it doesn’t have sodium lauryl sulfate because it causes the pH level to rise in the skin and increase the oil. A simple and gentle cleanser can work well for many people.

The top layer of skin should be gently removed through exfoliation, to relieve the congestion. If not, dead skin cells remain, leading to more clogging of the pores. This practice should happen about once a week, twice in the beginning if you haven’t exfoliated in a while. Exfoliating will also help prepare the skin for moisturizing, as the moisture doesn’t have to penetrate through the dead skin.

When choosing an exfoliator, or scrub, go with one that is not too abrasive. And, don’t use a body scrub, as they are not designed for the gentle skin of the face. If your face is red for a while after the exfoliating, or inflamed, the product is either too harsh, or you’re rubbing too hard.

If you doubt what you should use, opt for a natural method, such as the following, right out of your pantry:

As you can see from the list above, these products are not abrasive and hard. That is the idea…gentle, but effective.

A good moisturizer is vital to maintaining a healthy glow to the skin, but it can also contribute to the congestion if you don’t pick one wisely. Waxes, chemicals, and oils can clog the pores just as much as the items you just removed with the cleanser and exfoliation process.

For dry or normal skin, stick with a lotion, rather than a cream, because a lotion will most likely be free of waxes. If you get to the point of your skin no longer being congested, feel free to work in a moisturizing cream to use at night.

Those with oily skin should look for a moisturizer with hyaluronic acid, which will provide moisture, without creating more problems for you.

While the above tips are gender-friendly, there is another concern for women…and that is makeup. There are many products available on the market that will clog the pores right back up, regardless of your new routine.

So, rather than using heavy cream or liquid bases, try using a mineral-based foundation. These are light and skim the skin’s surface, instead of sinking into the pores. When you first look at this mineral makeup, you might worry about coverage. However, the coverage is sometimes better than the traditional bases, and feels much lighter on the skin.

Finally, I want to touch base on what we put into our bodies, rather than just what it is put on them. So many foods and beverages can have a negative impact on the skin. Food products that contain a lot of fat or sugars can trigger acne and other skin disorders from the inside. It’s best to avoid them as much as possible if you have sensitivity to them.

Also, beverages with caffeine or alcohol will dehydrate the skin. If you don’t want to give them up completely, limit them. And, for every one you have, drink at least 2 glasses of water to make up for the dehydration.

Following the above steps will help you in achieving the healthy glow you are seeking.

Sophie Evans is a freelance writer who enjoys writing on various topics. She often finds inspiration through research on the Internet, such as her skincare series when visiting http://www.mysensitiveskincare.com/. Sophie resides in Balboa Beach with her husband Rick, and their son and daughter. She enjoys spending time at Disneyland with her family, and is a huge fan of Starbucks.