Posted in Traveling
Author: Editor  Published Date: July 20, 2012  Leave a Comment on The Secrets Of New York – What You Don’t Know

New York City is such a big metropolitan area that not even New Yorkers know everything about it. They might know some of the secrets, but they definitely don’t know all of them. Even the most grizzled veterans can find new treasures inside New York City. There is the city where everyone plays, eats and works, but there is also the abandoned, forgotten and mysterious New York. Some of the greatest secret spots in the Big Apple can be seen in the list below. 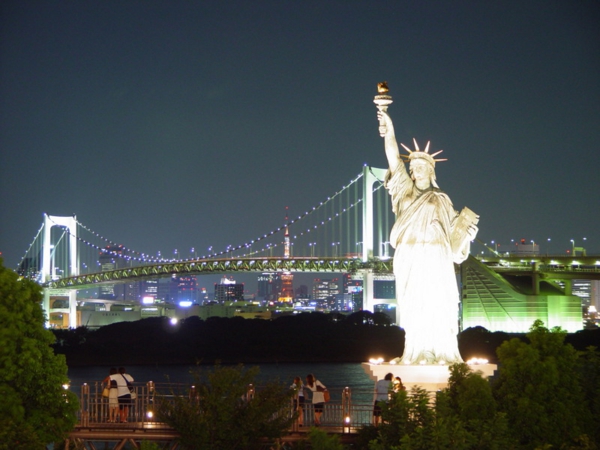 For example, few people know that beneath the City Hall there is a hidden subway station. New York City has a comprehensive transportation system dating back hundreds of years. This hidden subway was inactive for 70 years and it was closed in 1945. The station is majestic and has an amazing architecture. The ceilings are arched and very tall and they’re covered in glass and antique tile. The station can still be seen by the public. Tourists should visit it; they won’t regret it.

The Grand Central Terminal has a whispering gallery. This is a romantic and appealing place. The archway has a mystifying acoustic. For example, someone can hear what another person is whispering from the opposite corner of the gallery. This is absolutely amazing and it has become a must for the murmured marriage proposals. The individuals should be careful, though, because everyone can hear what they’re whispering.

Rockefeller Center is a New York icon. Yet, not many people know that this impressive building features some extraordinary rooftop gardens. The roof has 5 gorgeous gardens that were created by Ralph Hancock. Unfortunately, they were closed in 1938, but the Top of the Rock observatory allows the tourists to see 3 of them.

The remains from the Berlin Wall cannot be spotted only in Berlin, but also in New York City, in Paley Park. The 520 Madison Avenue houses a small plaza where people can see 5 pieces of the famous Berlin Wall. The display is 20 feet long and 12 feet high and it features the paintings of Kiddy Citny and Thierry Noir. The artifact looks like a regular public mural and very few people know that this is in fact a part of the Berlin Wall.

The Pirates of the Caribbean fans might like the boat graveyard near Staten Island. This is one of the town’s spookiest places. This location features numerous abandoned, decomposing and rusting boats. The Brooklyn Bridge has its own secrets. One of them is the bomb shelter dating from the Cold War. This room is located inside the bridge and contains various provisions that would be helpful in case of an attack with a nuclear bomb: 350,000 crackers, blankets, water containers and medicine. The boxes with supplies date from 1962 and 1957. Additionally, the Brooklyn Bridge features some secret vast rooms that were used for art exhibitions, readings, and theater and music performances. These rooms are called The Anchorage and they were closed after 9/11. The authorities don’t plan to open them again.

For more information about the Big Apple and where to find cheap accommodation in New York, check out NYC Vacation Rentals, a company that provides over 350 holiday apartments in New York.

For more information about the Big Apple and where to find cheap accommodation in New York, check out NYC Vacation Rentals, a company that provides over 350 holiday apartments in New York.